An urban geographer and environmental psychologist, Heléne Clark works with organizations engaged in social change to build their capacity to develop clear goals, gather knowledge about results, and expand the impact of critical social interventions. Dr. Clark and a colleague founded ActKnowledge to provide rigorous research, planning and organizational development skills to the social sector. Heléne has been the lead evaluator on numerous initiatives and served as advisor to many other evaluations around the U.S. and in the United Kingdom. Dr. Clark incorporated the “Theory of Change” methodology into ActKnowledge’s work, and has led ActKnowledge to be the pre-eminent developer, facilitator and trainer of this method. Her international work includes the development of not-for-profit organizations in Moscow, various projects in the U.K., and work with numerous international non-government organizations in the developing world. Heléne has served on the Board of Directors of Housing Conservation Coordinators in New York City for eight years. Prior to founding ActKnowledge, Dr. Clark was Associate Director of the Center for Human Environments, and taught courses in urban and economic geography, environmental psychology, housing policy and research methods. She has published widely on housing and community development policy topics, as well as education and youth development.
hclark@actknowledge.org

After getting her BA in English Language and Literature in Ankara University, Turkey, Ahu Iltus came to the United States and worked with the Permanent Mission of Oman to the United Nations as Accountant for 16 years. In 1996 she transferred to the UN Headquarters Accounting Department. Next, she spent six years in The Hague and studied for her Master’s degree in Visual Communication. After coming back to New York she joined the ActKnowledge team and is still happily working there as the Chief Administrator.
ailtus@actknowledge.org

Joseph is a third-year PhD student in sociology at the Graduate Center, CUNY. His research interests are concentrated in the areas of economic sociology, political sociology, and the sociology of labor. In addition to his work at ActKnowledge, Joseph is also a research analyst at the National Center for the Study of Collective Bargaining in Higher Education and the Professions, the Joseph S. Murphy Institute for Worker Education and Labor Studies, and he is currently an Advanced Research Collaborative fellow at the Economic Studies Group at the Graduate Center.

Misra has her Masters degree from California Institute of the Arts. Misra is dedicated to sharing her talents with youth through art and music. She discovered Theory of Change and research methodologies as excellent participatory methods to use to develop plans and measure impact of music and art forms on youth. She is an experienced Theory of Change facilitator and trainer and expert in the use of Theory of Change Online. In addition to her interests in youth, Misra has worked on human rights issues and international development.

As an artist she uses different techniques such as photography, film, music, dance, and illustration as forms of self-expression. As a Theory of Change expert and facilitator, she uses creative methodologies to help organizations articulate their own expressions of their paths to change.

Jade Y. Gunver started her career in Turkey as an announcer at Turkish Radio and Television Corporation. She transferred in few years to TV Broadcasting. Gunver was an anchorwoman in prime time news for many years. She has worked for the United Nations as a TRT Correspondent. She started Promin Video Productions within Promin Computer Technologies Inc. where she began implementing her knowledge and experience. Jade understands how a business works, how to integrate social media tools into an organization, the challenges and obstacles that organizations are faced with when it comes to social media, and finally the difference between ROI and impact. Her role at ActKnowledge is to manage and create social media, as presenter and as write.

Eoin Collins is an economist and social policy analyst and advocate. From 2006, he was Director of Policy in GLEN, a Dublin based NGO, where he made a significant contribution to the enactment by the Irish government  in 2010 of civil partnership legislation for same-sex couples. He was appointed in 2006 by the Minister for Justice as liaison to the department on sexual orientation issues and served on the Government (Colley) committee in 2006 that led to the enactment of civil partnership closely based on civil marriage.

He is a founding member and director of Nexus Research, a Dublin based research consultancy where he worked from 1991 as evaluator and social policy analyst. He was responsible for research and evaluation work across a range of issues, in particular, employment and social inclusion. His work included the national evaluation of the government’s job facilitator programme and a review of the application of the partnership principle in EU cohesion fund expenditure in Ireland. International work has included extensive work for the European Foundation for the Improvement of Living and Working conditions on the co-ordination of social welfare and active labour market measures and on the integration of minority ethnic groups.
ecollins@actknowledge.org

A veteran interactive designer/web developer and digital consultant with over 20 years of experience, Natasha Votypka combines both creative and technical skill-sets with extensive project management experience to bring rich interactive experiences. Natasha manages both the Actknowledge and Theory of Change website.  She help design and plan the TOCO application with the Actknowledge staff. 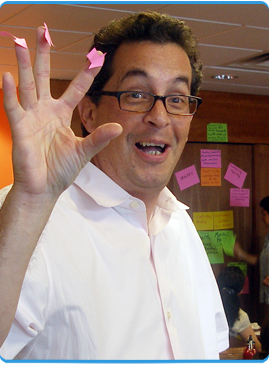 “Community schools seek to be responsive to the demands of an increasingly complex 21st Century society. Accordingly, as a comprehensive approach rooted in the basic principle of integrating school, family and community, community schools are necessarily complex. At best they are open all the time, house both a health center and a family resource center. extend the school day with enrichment and cultural activities, and foster community development. The community schools Theory of Change provides a logical framework for both process analysis and evaluation. We want to know both how the concepts are implemented and what difference they make in the outcomes for children.” Joy Dryfoos, independent researcher and author of “Inside Full-Service Community Schools”.